The F-Series of the Super Duty segment in the Ford family is the best-selling class. It makes the most profit for the Blue Oval company. So, there is no surprise to see every now and then testing mules on streets. The carmaker pays attention to every detail. So say the last spy photos of the 2019 Ford Super Duty. Modest changes will refresh the lineup, which will again come with three variants.

The 2019 Ford Super Duty F-Series is well-known of its diesel drivetrain. However, the gas engine is also pretty capable. But well, if you need a towing capacity of 30,000 pounds, you will have to go for your cargo twice with a petrol truck. Diesel unit will carry it over in one drive. Colors for new vehicles are under revisit. A 7.0-liter engine could cut the gap between gas and diesel engine output. The changes are modest, but the 2019 Super Duty pickups will delight once again. 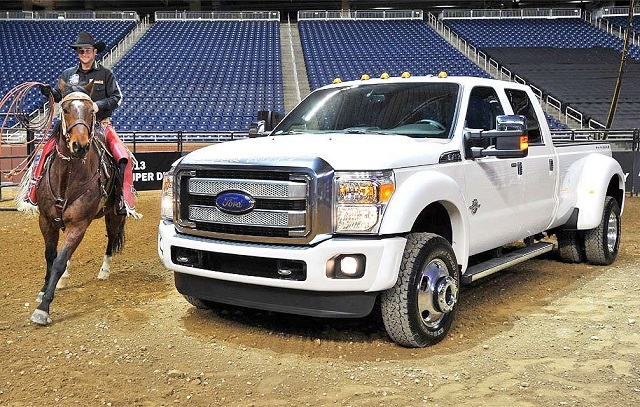 Under the hood of the most capable 2019 Ford Super Duty truck will be a diesel engine. The Powerstroke unit is the highlight of the entire lineup. But, let’s start at the beginning. It is a 6.7-liter drivetrain. From the V-8 unit, we can expect 450 horses and the class-leading twisting power. All Super Duty trucks can make 925 lb-ft of torque. Silverado can’t offer more than 910 pound-feet. Well, the next Ram 3500 will push the limits above this mark. It is confirmed that Ram plans to achieve at least 930 lb-ft. The intention is obvious – to remove the F-Series Super Duty from the throne.

Besides the Powerstroke diesel unit, the 2019 Ford Super Duty will come with a gas engine. It is a 6.2-liter mill. From this drivetrain, the truck delivers 385 hp and 430 lb-ft of torque. The new 10-speed transmission is probably replacing the old six-speed gearbox. 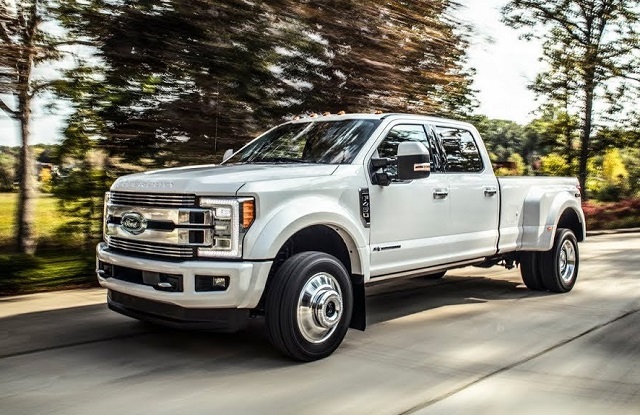 Besides the torque output, the highlight of the 2019 Ford Super Duty is its towing capacity. With diesel engine equipped and dual rear wheels, the F-Series are ready to pull over 32,000 pounds of cargo. Of course, other configurations with less potential are available as well. Short bed and gas engine could drop it to 15,000 pounds. However, the 2019 Super Duty is not going below this.

This is just a rumor. Ford is not confirming such things before the debut, But, on the other hands, some experts didn’t get denial either. So, something is happening there. Well, we can’t be sure that the new powertrain will jump in the engine room of the Super Duty segment. With it, the company will definitely raise the bar for horsepower, torque, and towing capacity. Nevertheless, a 2019 Ford Super Duty 7.0 is not going to pull more than the Powerstroke. 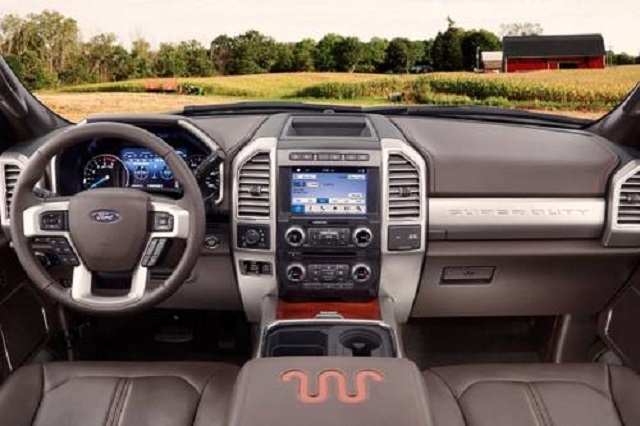 After two years, we will see a nice amount of changes on the 2019 Ford Super Duty. In 2018 we won’t get any facelift, but the next season will definitely make it up. First of all, the F-Series could get Raptorish grille. Instead of the blue oval, the grille can carry big “FORD” sign. Wheels, bed access, cabin configuration, and infotainment system will be under reconstruction. According to first spy photos, some changes are already there, but most of the vehicle we will see on the debut. 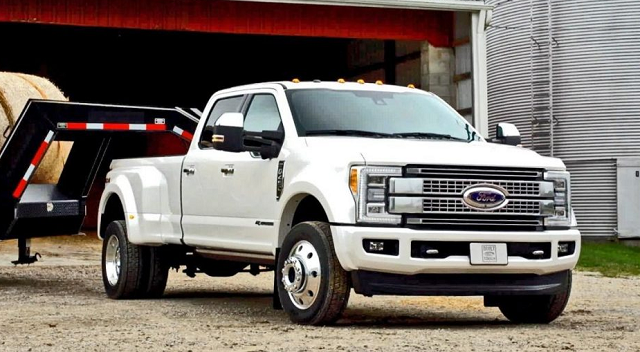 At this moment we are waiting further updates about the new Ford F-150 and mid-size Ranger. The legendary model came into a new segment with a diesel engine, and even hybrid is possible for next season. The Raptor version of Ford Ranger is another thing why the company is not rushing with its F-Series HD trucks. When the interest for smaller pickups starts to fade, we will see the 2019 Ford Super Duty out.