The 2021 Jeep Grand Wagoneer is definitely one of the most anticipated models from FCA that is about to come in the next year. The legendary nameplate is coming back after more than 25 years and expectations are huge. The new model is in the testing phase and it is about to take the place of Jeep’s flagship model. Finally, we are about to see a full-size body-on-frame SUV from this company. This will be a genuine three-row full-size SUV. More precisely, this will be an extended-wheelbase SUV, which will compete with some of the largest vehicles on the market, with models like Ford Expedition Max and Chevy Suburban.

At this point, most of the details about the 2021 Jeep Grand Wagoneer are a mystery. The new model is still in the testing phase and we don’t know too many details about it. Still, we can presume some of the most interesting design characteristics, stating from the platform, engines and overall design. The new model is expected to hit the market by the end of the year.

The first thing we should mention about the 2021 Jeep Grand Wagoneer is that it will be a flagship model in the company’s lineup. It will come along with the Wagoneer, which will be a little bit smaller. Both models will ride on the company’s new platform, which has been introduced last year with the new-generation Ram 1500. The new SUV will share the same mechanics, but we might see some upgrades as well. One of the things we expect to see upgraded is the rear suspension, which should be independent. This is something that became a standard thing in the segment and it brings significant improvements in terms of comfort and overall ride quality.

Of course, the exterior design will definitely be one of the most prominent aspects of the new 2021 Jeep Grand Wagoneer. First of all, we count on impressive dimensions. The new model will compete with Chevy Suburban and Ford Expedition Max, so we count on more than 130 inches in wheelbase. Besides huge dimensions, we count on a pretty attractive styling. We expect that aesthetics will be shared with the Wagoneer. The two models should feature the same font end, as well as the overall design, though the 2021 Jeep Grand Wagoneer will be significantly longer, with the more massive rear end and accentuated cargo area.

In terms of the design language, we count on Jeep’s typical approach, with familiar grille design and the rest of the vehicle. Radical changes are not expected in this case but rather a conservative look, which will have a lot in common with the company’s familiar models like Grand Cherokee.

On the other side, the interior design is still a big mystery, at least when it comes to aesthetics. Still, if we consider that Jeep has always been known for great interior quality, there is no doubt that the 2021 Jeep Grand Wagoneer will look great on the inside as well, especially if we consider that we are talking about the flagship model. Besides the high quality of materials, we also count on loads of tech goodies, including a huge touchscreen, similar to one we can see in the new Ram 1500.

While things like dashboard design may look like a mystery at the moment, there’s no doubt that the new cabin will be extremely spacious. Some sources suggest more than 40 inches of legroom in all three rows, which would be really impressive to see. Also, we count on a huge cargo area, probably with more than 120 cubic feet of overall volume.

In terms of the powertrain, we presume that the 2021 Jeep Grand Wagoneer will skip lower-output options like a 3.6-liter V6 engine. Most likely, base models will come with a familiar 5.7-liter HEMI V8 engine, which is good for about 395 horsepower and 410 pound-feet of torque. Of course, the new eTorque mild hybrid system should be in the offer as well. On the other side, higher trims should come with something more powerful. The first thing that comes to mind is a 6.4-liter HEMI engine and the SRT versions with 475 horsepower. That would be a perfect amount of power for an SUV like this. Moreover, some reports even suggest a Hellcat version, though that doesn’t seem very likely at the moment. Eventually, we should see some forms of electrifications, though such models definitely won’t be ready for the initial launch.

The 2021 Jeep Grand Wagoneer is expected to hit the market sometime in the second half of the year, probably in the last quarter. When it comes to the price, base models will probably go around 55.000 dollars. 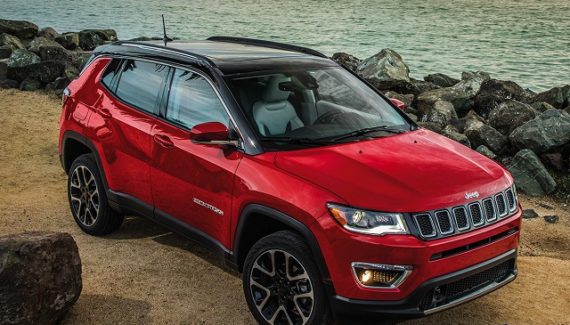