The next-generation Grand Cherokee is one of the most anticipated models for the next year, definitely the most anticipated when it comes to models from FCA. The testing model has been spotted on the road and although it is still under heavy camouflage, it has something to show to us. Therefore, we already know some of the most basic design characteristics, such as the platform as most of the mechanics. Also, some of the styling details can be seen through the cover. The new model will become bigger, but significantly improved athleticism is another certain thing. Also, it looks like the engine lineup will be pretty wide, so the new 2021 Jeep Grand Cherokee will have a lot of aces up its sleeve, which will be crucial for strong sales numbers in this highly competitive segment.

The new model is expected to hit the market sometime late in the next year.

A lot of novelties are about to come with the upcoming redesign. The first and most important change will be a new platform. This is definitely the most significant upgrade over the outgoing model. The 2021 Jeep Grand Cherokee will ride on Alfa Romeo’s Giorgio platform, the same one that underprints models like Stelvio and Giulia. Of course, the architecture will be significantly stretched for this occasion. While some reports were suggesting that the new Grand Cherokee may become smaller, the latest spy photos are clearly showing that the new generation is about to become even bigger.

However, the Giorgio platform is significantly more up to date compared to the current one, so we may expect significant weight reduction, better handling and better efficiency. The 2021 Jeep Grand Cherokee will be characterized by far more athleticism, which should be a significant advantage over potential rivals, especially two-row mid-size crossover such as Ford Edge or Honda Passport.

When it comes to the exterior, the new model is about to become slightly bigger, as we already mentioned. Besides a bigger size, it will also feature new styling. The testing model has been on the road for some time. However, it still wears a complete camouflage, so we can’t talk about specific details at this point. On the other side, it looks like we won’t see any radical change.

The new styling will be quite subtle, and the new model will stick to its tradition in a quite big portion. Of course, the biggest changes are about to come at the front, where we count on a familiar grille layout, characterized by famous vertical bars, which will be taller and bolder in this case, most likely. Also, headlights should remain relatively rectangular, though may become slightly slimmer as well.

This will definitely be one of the most interesting aspects of the upcoming redesign. Of course, we count on a completely new cabin layout. Most likely, base models will come with two rows of seats, this the third row will be optional, so the new 2021 Jeep Grand Cherokee will also compete with models like Ford Explorer. Naturally, we count on a completely new dashboard layout. At this point, we don’t know too many details, but it looks like the new model will come with the same huge touchscreen at the center stack as we’ve seen in the new Ram 1500. Of course, this will be an optional feature. Still even the most basic models will come with a full load of advanced tech goodies.

Naturally, we count new a new instrument cluster, button reconfiguration and similar things. Also, we should mention that the new model will finally drop that traditional gear shifter and come with a more sophisticated shift-by-wire shifter.

This model has always been famous for a wide range of engines in the offer. The latest reports suggest that many of the current engines will carry on in the next generation as well. At this point, we know for sure that the base version will feature a familiar 3.6-liter Pentastar unit. A new turbo-four with around 270 hp and 295 lb-ft of torque also seems possible, while the famous Hemi 5.7-liter unit should carry on as well. Naturally, we count on a monstrous 6.2-liter Hellcat with 700+ horsepower as well.

Another thing we should mention is a rumored turbo inline-six engine. Allegedly, the company is developing a new six-cylinder engine, which would come in various output versions. This includes hi-output variants with 500+ horsepower as well. Finally, diesel engines, as well as electrified versions are also possible.

Most likely, the 2021 Jeep Grand Cherokee will hit the market sometime late in the next year, though a premiere could be scheduled a little bit earlier. When it comes to the price, we presume that base models will go around 32-33.000 dollars. 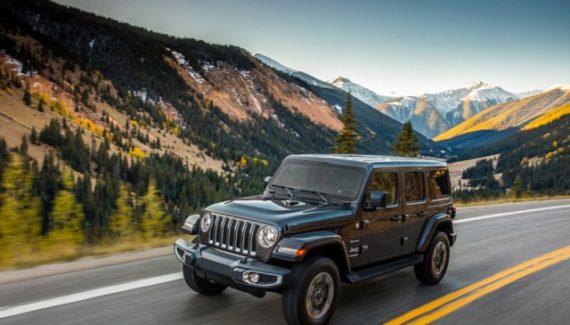