When it comes to electrifications, Ford plays safe and we don’t just mean about the steady introduction of new all-electric models. The company also brings these vehicles with familiar, famous nameplates from the past, in order to boost some sales. The 2021 Ford Mach E is no exception. The company’s firs-ever crossover comes with the legendary name, as well as with even more legendary badge on the hood. As you can see on photos, it wears Mustang’s badge and also uses one the name inspired by legendary hi-performance versions of this pony car. Of course, we think of the iconic Mach 1 models.

In terms of base design characteristics, this model uses some elements from Mustang’s great history, but modern design solutions come in a much bigger portion. First of all, we are talking about the crossover layout, which seems like a kind of guarantee for good sales numbers.

Obviously, the first thing that comes to mind about this model is the drivetrain and specs. As we’ve just mentioned, this is the first all-electric crossover from the Blue Oval company, so we can say that the attractive nameplate isn’t the only reason why this model draws so much attention. When it comes to the drivetrain, it looks like we are about to see several versions, with different output, range and layout. For example, the standard battery pack will feature a capacity of 75.7 kWh, while the long-range model will come with a battery of almost 100 kWh. On the other side, you may count on two output versions, where standard models would come with a single electric motor, mounted on the rear axle. In this case, the max output would go between 255 and 332 horsepower, depending on the trim level.

On the other side, AWD models will feature electric motors on both axles. These models will feature pretty impressive performances, as the max output will go around 459 horsepower and 612 pound-feet of torque. With such numbers, we expect that the 2021 Ford Mach E will be able to hit 60 mph in about 3.5 seconds.

When it comes to charging, the 2021 Ford Mach E will come with both 120- and 240-Volt outputs. With the latter, you will be able to recharge 80 percent of the battery overnights. If that’s not fast to you, Ford will also offer its power stations, which can be installed in your home. Finally, the company plans to install more than 12.000 charging stations across the States.

The max range will depend on the battery size and drivetrain configuration. Standard models are expected to go around 210 miles on a single charge. On the other side, versions with a larger battery and RWD will have the biggest autonomy, probably around 300 miles.

When it comes to the overall design, this will be a typical small crossover. Still, the styling obviously mimics the legendary muscle car, particularly the current generation. You can easily notice a familiar approach at the front, though the grille is, obviously, closed. The rear end also comes with Mustang’s signature taillights, while the whole shapes come with a bit of coupe-like shape.

Despite we called this model a compact crossover, the wheelbase features pretty impressive 117 inches, which promises a lot of space on the inside, both for passengers and for cargo.

This is probably the aspect where 2021 Ford Mach E features the biggest differences compared to Mustang. Just one look at the dashboard, and it becomes obvious that the badge on the steering wheel is the only thing these two models share. The dashboard is designed in a pretty futuristic manner. It is simplistic but features pretty nice materials and high overall quality, notably higher compared to the pony car. Still, the thing that actually makes this cabin look opulent is that huge 15.5-inch tablet-like touchscreen at the center stack, which controls pretty much everything.

When it comes to the interior space, this model comes with two rows of seats and given the wheelbase, both of them are very generous in terms of legroom. The cargo volume is pretty decent as well, as you may count on about 29 cubic feet behind the rear seats, while the overall volume goes up to 60 cubic feet.

Although the initial plan was to start with sales in October, the launch has been delayed, due to COVID-19 breakout. According to the latest reports, production will start in November. When it comes to the price, base models will go around 45.000 dollars, while the highest trim levels will go around 62.000 dollars. Obviously, the biggest rival will be Tesla’s upcoming compact crossover, called Model Y. 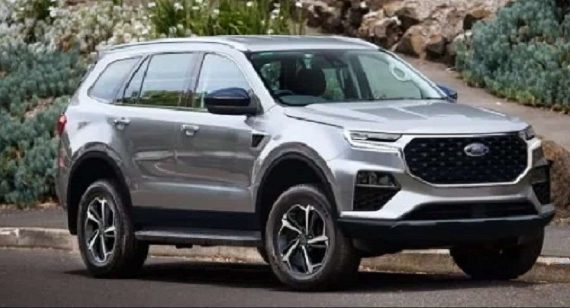