The full-size sedan segment isn’t as it used to be. With the overflow of crossover, the interest for such a model has been lost. This legend is a perfect example. In 2014, more than 140.000 Impalas were sold. In 2018, this number went all-away down to 50.000 units. Therefore, the company’s decision to discontinue this sedan makes sense. According to the latest reports, the current model will remain in production for another year, so the 2021 Chevrolet Impala is expected to be the last model year of the current generation.

Therefore, we don’t expect to see any particular changes. The next-year model should come with a familiar design and features, and we don’t expect bigger changes in terms of standard features either. So, you may count on a large sedan that offers lots of space and comfort, a nice infotainment system and a large trunk. We expect it will hit the market sometime late in the year.

When it comes to base design characteristics, this large sedan hasn’t changed at all since the initial launch in 2014. Therefore, the 2021 Chevrolet Impala will also carry on in the same way. The large sedan rides on a familiar Epsilon II architecture and shares most of its design characteristics with models like Buick LaCrosse and Cadillac XTS. On the other side, it comes with a quite different styling approach.

From an aesthetical standpoint, the current generation of Impala is a pretty conventional car. You won’t find any radical design solutions, but rather classic and pretty conservative look. This is particularly notable at the front end, where you won’t find too many modern aesthetical solutions that characterize other Chevy models in the current lineup. Everything is rather simple and isn’t overflowed with unnecessary details, which became a typical thing in the automotive industry.

The cabin of this sedan is a mixed bag. On one side, we definitely like the generous amounts of space. Both rows offer plenty of room and can accommodate adults with ease. Also, the power-adjustable driver’s seat is part of the standard equipment, so finding the right driving position seems super-easy, while visibility is pretty good in all directions. Furthermore, the cargo area is one of the biggest in the class. You may count on nearly 19 cubic feet in the trunk, while another great thing is that seats fold flat.

On the other side, the overall interior design definitely shows signs of aging. This particularly refers to the dashboard design, which is full of hard plastics, while aesthetics aren’t particularly attractive either. Still, the final touch is more than decent.

The dashboard may look outdated, but the list of standard equipment is more than decent. All models come standard with goodies like an 8-inch touch screen, Apple CarPlay, Android Auto, a Wi-Fi hot spot, a six-speaker stereo, Bluetooth, three USB ports, and satellite radio, dual-zone automatic climate control, remote start, push-button start, proximity keyless entry etc. Of course, there is even more in higher trims, where you can get things like navigation, wireless device charging, an 11-speaker Bose surround-sound stereo, an auto-dimming rearview mirror, and a dual-panel sunroof.

On the other side, the thing we definitely don’t like is the fact that a rearview camera is the only standard feature that comes with this sedan. Fortunately, there is a lot of things that are available. This includes things like forward collision warning, blind spot monitoring, rear cross traffic alert, lane change alert, lane departure warning, rear parking sensors, and adaptive cruise control.

The four-cylinder engine has been discontinued recently, so a 3.6-liter V6 is the only engine in the offer now. This unit is good for about 305 horsepower and 265 pound-feet of torque. With such numbers, you may count on strong acceleration and confident ride. Still, the 6-speed automatic gearbox isn’t the most refined unit you can get on the market. All in all, the driving experience is okay.

On the other side, the weak point of this large sedan is fuel economy. It returns just around 19 mpg in the city and 28 mpg on the highway, which is some of the lowest ratings in the class.

We expect to see 2021 Chevrolet Impala sometime late in the year. Base models should go around 32.000 dollars. 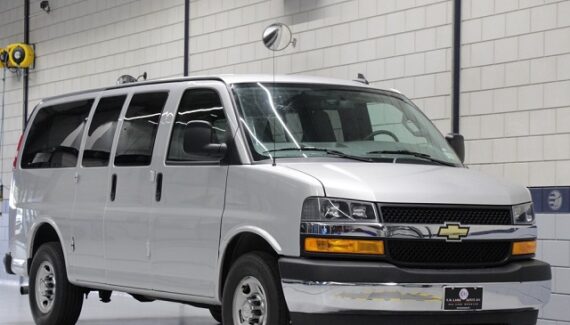