According to latest reports, 2019 Buick Lacrosse is about to comes with several novelties. It seems like engineers are preparing a really nice update, which will include several styling tweaks. This mid-size sedan is usually considered as a bridge between mainstream and luxury cars. It offers not only plenty of space but also a really nice dose of refinement and luxury.

The original version came in 2005. During these 13 years, we have already seen three generations. The current model is present for about three years. So, it seems like it is time for an update, considering production cycle of previous two generations. Still, we don’t expect miracles. This refresh will most likely bring only aesthetic changes. In the mechanical aspect, things will remain pretty much unchanged. The engine lineup is also continuing in the same manner. The 2019 Lacrosse should arrive in the last quarter of the year. 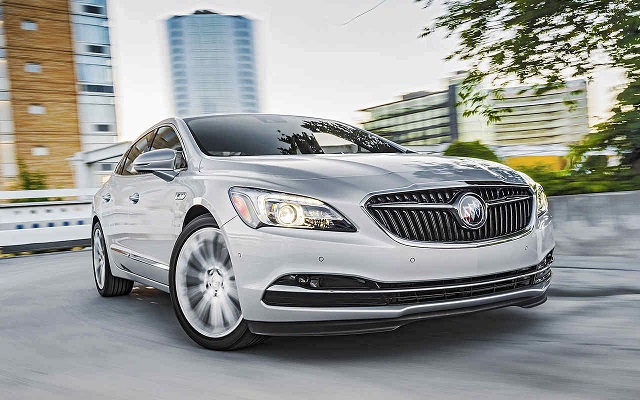 Speaking of the update, most of the changes will be in terms of the exterior design. The 2019 Buick Lacrosse will continue with the same platform and feature completely the same mechanics. When it comes to the styling, we could expect those kinds of changes which are usual for mid-cycle updates. The focus will be on the front. Some revisions on the lighting group are certain. Also, expect tweaks on the grille, as well as on the front bumper, which could get reshaped air intakes and new fog lights. On the other side of the car, expect things like a new rear bumper, some smaller tweaks on taillights and similar things. Finally, we could see a new wheels design, as well as few new exterior colors. On the other side, interior changes will be probably minimal.

Just like we have mentioned, the new 2019 Buick Lacrosse will most likely continue with the same interior design. We are about to see the same dashboard layout, but with few revisions. The biggest changes will probably new color schemes and some tweaks on the instrument cluster.

When it comes to the equipment, this sedan will continue with the same trim-level organization. There will be four versions in the offer. The base 1SV comes with standard features like 18-inch wheels, automatic xenon headlights, foglights, heated mirrors, rear parking sensors, a rearview camera, 8-inch touchscreen, Bluetooth, eight-speaker sound system, smartphone integration etc. 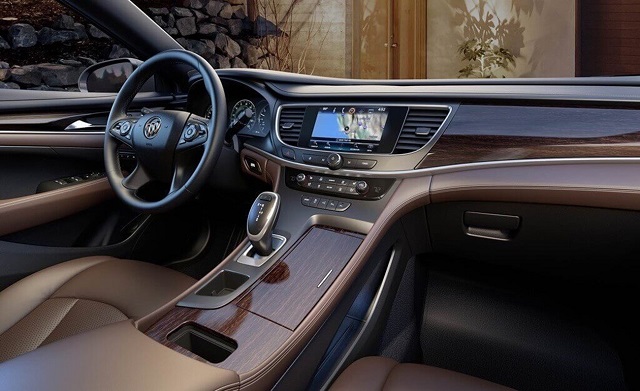 The other three versions are called Preferred, Essence, and Premium. Each one will gradually add more and more standard equipment. Of course, count on few optional packages and numerous standalone options.

When it comes to powertrain, expect no changes. This sedan comes with two GM’s old and proven units. The base model features a 2.5-liter inline-four unit, which delivers around 194 horsepower and 187 pound-feet of torque.

On the other side, there is an optional 3.6-liter V6, which seems like a much better fit. This engine has a max output of 310 horsepower and 268 pound-feet of torque.

When it comes to the transmission, the base four-cylinder engine goes in a pair with a 6-speed automatic, while the optional V6 comes along with a new 9-speed automatic gearbox. As we have mentioned, an optional V6 seems like a much better choice, where you can count on far more power, significantly better acceleration, and just a slightly lower fuel economy. 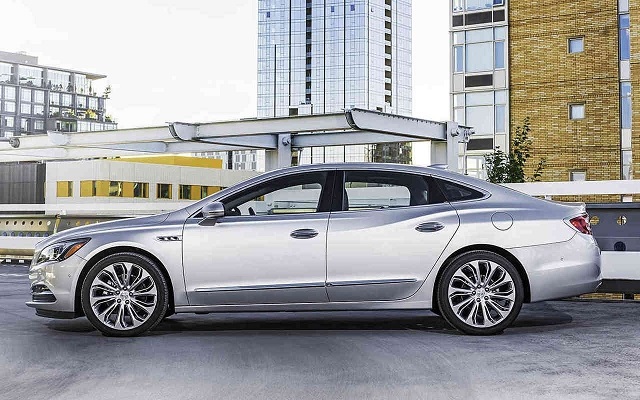 The exact launch date of the 2019 Buick Lacrosse is yet to be announced, but we are pretty sure it will be in the last quarter of the year. Despite nice changes, the price will remain pretty much the same, which means around 30.000 dollars for the base version.