Considering its recent redesign, it is pretty much clear that the 2019 Buick Enclave will come without bigger changes. Originally introduced in 2008, this model was one of the first crossovers to offer three rows of seats with actually enough space for all of them. After almost a decade of production, the original egg-shaped large crossover has been replaced finally. The new generation came last year with numerous changes. First of all, you can notice a completely styling, which makes this crossover look far more attractive. Besides more beauty, it also comes with numerous mechanical tweaks. 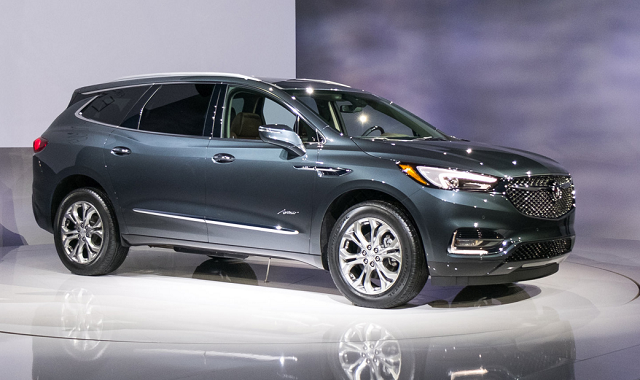 A new platform saves hundreds of pounds, so driving dynamics are far better. Also, the engine has been revised and now delivers more power. The interior design is also completely new and offers better design, more space, and more advanced tech features. Expect 2019 Enclave to arrive late in the year.

The 2019 Buick Enclave will come with the pretty much same characteristics as the current model. It will represent the second year of the second generation, so it seems natural to come without bigger changes. The recent redesign has brought numerous improvements.

First of all, there is a new platform. It is the same long wheelbase version of the C1 platform, something similar to what we can see on the Chevy Traverse. The new architecture brings many benefits, but the most important is in terms of weight savings. The new model is lighter for hundreds of pounds, which provides far better driving dynamics. Also, count on better use of the interior space, which means more room even for passengers in the third row. The 2019 Buick Enclave will also come with a completely new, recently introduced styling, which makes this crossover far more attractive.

When it comes to trim-level organization, there will be four versions in the offer.

The base Enclave will come with standard features like 8-inch wheels, LED headlights, rear parking sensors, three-zone automatic climate control, power-adjustable front seats with heating, 8-inch touchscreen infotainment system, a rearview camera, Bluetooth and much more. The next one is the Essence, which adds a blind-spot monitoring system with rear cross-traffic alert, a cabin air ionization system and leather seating surfaces. 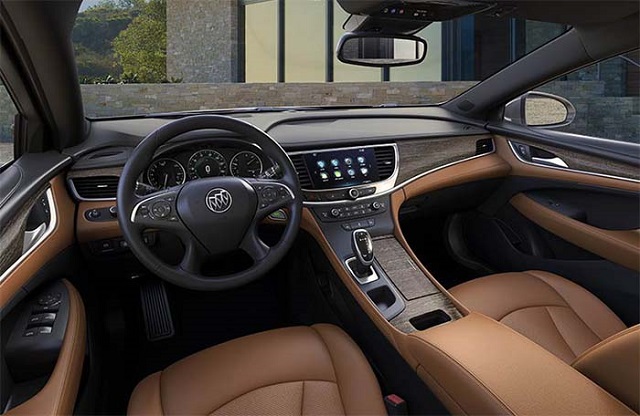 Finally, there is a top-range Avenir which receives 20-inch wheels and receive a navigation system, larger touchscreen, rearview mirror with integrated camera display, sunroof and top-down parking camera system, premium leather upholstery and many other things.

When it comes to powertrain, the 2019 Buick Enclave will continue with the same 3.6-liter V6. For this occasion, the engine is good for about 302 horsepower and 260 pound-feet of torque, which is more than enough to provide great performances. This large crossover needs only 6.5 seconds to reach 60 mph, while a top speed easily goes over 130 miles per hour. When it comes to fuel economy, it goes around 17 mpg in the city and 25 mpg on a highway. 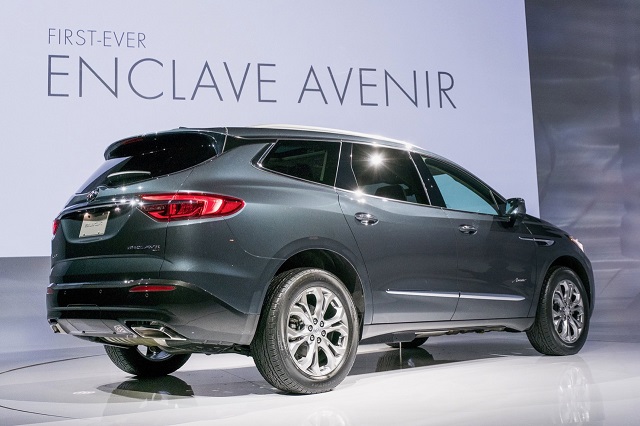 The 2019 Buick Enclave will come somewhere late in the year. We don’t expect bigger changes in price, so base models should go around 41.000 dollars. When it comes to the competition, this segment is full of crossovers that go in a very wide price range. This model seems pretty affordable compared to the most of models. So it will compete with other cheaper crossovers such as Lincoln MKX, Infiniti QX60, Acura MDX, Volvo XC70 etc.