The Jeep prepares a new model, which will come as replacements for two its models, Patriot and Compass. These two models will be retired soon, and in about same time, replacement is expected to come. These two models will be replaced with just one, compact crossover, which will take its place between Renegade and Cherokee, in brand’s lineup. According to the latest reports, new model is in advanced stage of development, but its exact name isn’t known yet. So, for now, we will call it just 2017 Jeep CUV. It will come completely new, with Fiat’s latest platform, new shape, styling etc. 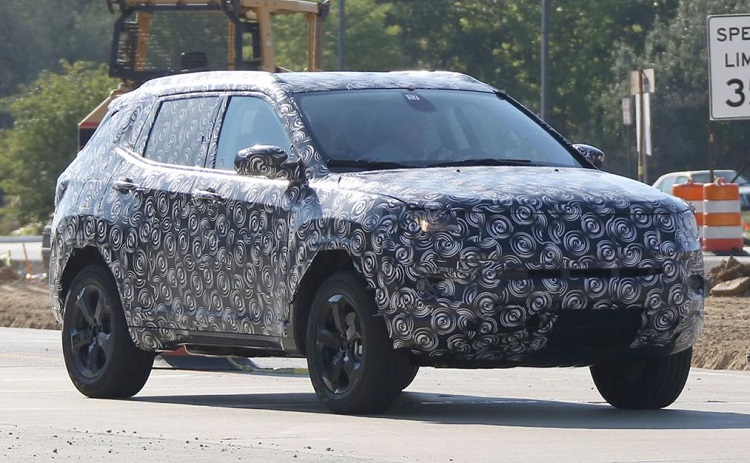 The 2017 Jeep CUV will be an all-new model. It will ride on stretched and widened version of Fiat’s small platform, which is used for several models like 500-series, Jeep Renegade, Alfa Romeo Mito etc. Since new model will stand between Renegade and Cherokee, we can presume in which dimension new model will come. Test mule of 2017 CUV has been spotted already and it wears a complete camouflage at this point. However, we can see the base shape of the crossovers, which remind a little bit on some models from Land Rover. For example, we found many similarities at the front with Freelander, while rear end remind lot on Evoque. But don’t worry, 2017 Jeep CUV will not be a copy of these two models.

We are sure that new model will have a much different appearance after camouflage take off. Simply, this is just a first impression from us, on testing model. When it is about notable features, it is expected that new model will come with several improvements, compared to those two outgoing models. We will see things like longer suspension travel or electronic features such as the Selec-Terrain traction management system. 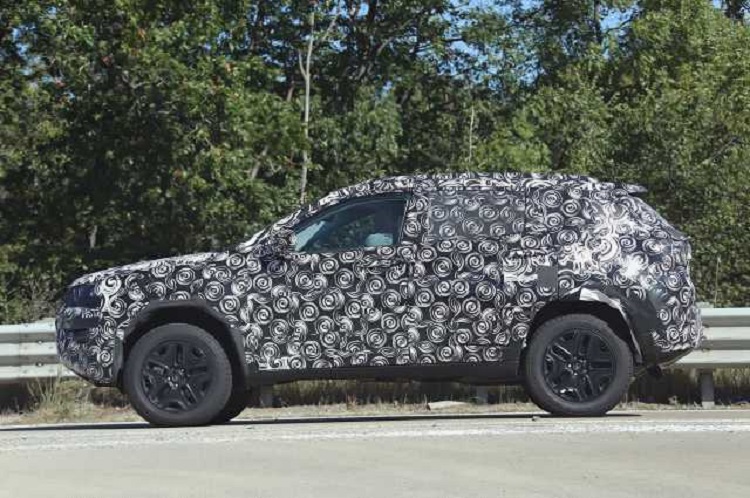 Exact details are still unknown, but it is expected that 2017 Jeep CUV will come with the 2.0 liter turbocharged petrol engine offered as standard. This engine will be paired with either 6-speed manual or 9-speed automatic. Beside this, some other units are expected to be offered, both petrol- and diesel-powered ones. The 2017 Jeep CUV will come with front-wheel drive in base variant, while AWD will be optional.

At this point, it is still unknown when 2017 Jeep CUV will come. According to some reports, new model could come already early next year.