After almost ten years of production, one major refresh and numerous updates, we finally saw a second generation of this crossover, which will come as 2017 GMC Acadia. This full-size crossover was originally launched in 2006. Like all SUVs and crossovers from this company, it is closely related to one of Chevy’s models called Traverse. This trend will continue with the second generation. New model comes completely redesigned, with plenty of improvements. It comes with new platform, significant weight savings, completely new look both inside and outside, new engine, and many other novelties and changes. 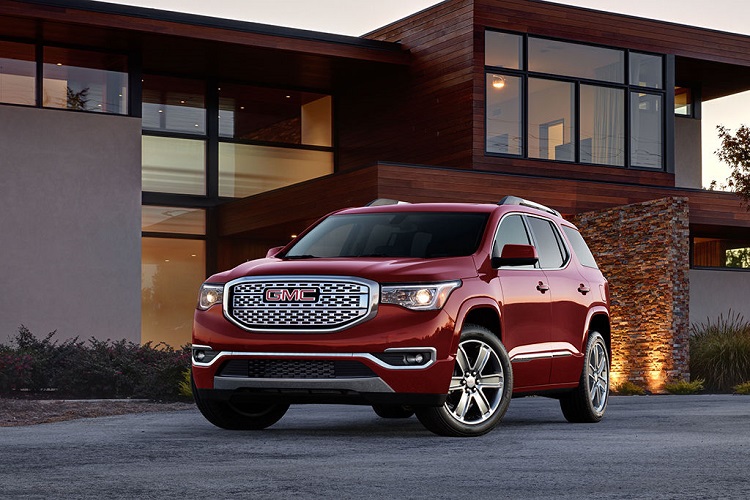 The 2017 GMC Acadia comes completely redesigned. The second generation comes with numerous changes. First of all, new model rides on new platform, which brings massive weight save. New body is mostly made of light materials such as HSS, which provides significant 700-pound weight loss, which will surely make a huge impact on crossovers overall performances. The 2017 Acadia come with completely new look. New model keeps the base shape, but comes with much more attractive appearance. Lines are sharper, while both ends are completely adapted to the company’s latest design language. Same things is with interior. Cabin comes completely redesigned, but continues in the three-row seat manner, with second and third row ability to fold flat. Beside new style, cabin also come well-equipped, with hi-quality materials and plenty of advanced safety, drive-assist and entertainment systems. 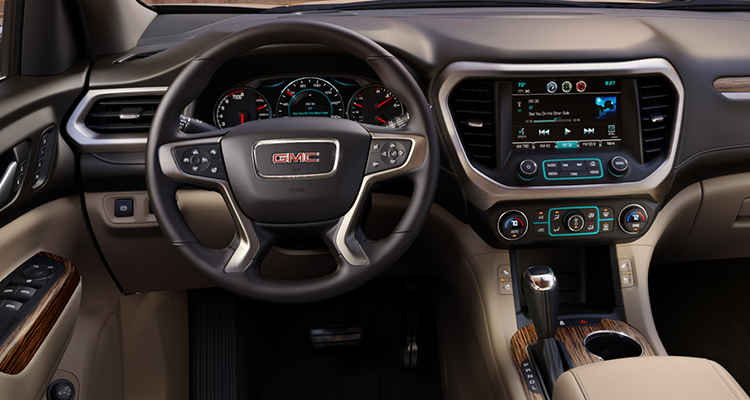 2017 GMC Acadia under the hood

The 2017 GMC Acadia comes with plenty of novelties, when it is about engines. The base unit will be a 3.6 liter V6, which will come with a 20-horse boost, compared to previous version. This engine will have max output of 310 horses, and it will also come with better mpg ratings (around 25 mpg/highway). There will be also a new optional engine in offer. It is a 2.0 liter turbocharged inline-four engine. This is a completely new engine from General Motors, and it is expected to be tuned up to around 194 horsepower and 190 pound-feet of torque. This engine is also expected to have good fuel economy, around 22 and 28 mpg in the city and highway, respectively. When it is about transmission, both engines will come paired with 6-speed automatic. 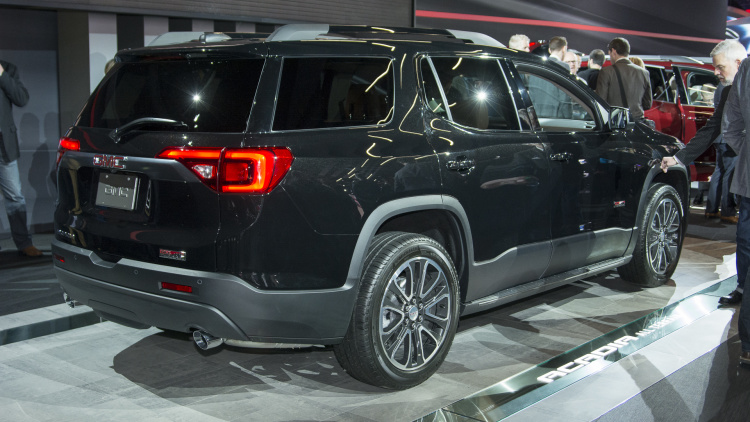 The second-generation model will come this spring, as 2017 GMC Acadia. Price will be announced soon.