The 2017 Ford F-250 will come completely redesigned. That is for sure, and its launch is expected soon. This model is the first one that you will meet in Ford’s lineup of heavy duty trucks. So, it seems logical that this model will receive all new technology achievements first. There is on morel important reason for that. This truck is Ford’s best-selling heavy duty truck, and also, by far, the best-selling model in this segment. So, it will come with numerous changes, because Ford wants to keep that state. The 2017 Ford-250 will come in the second half of year. 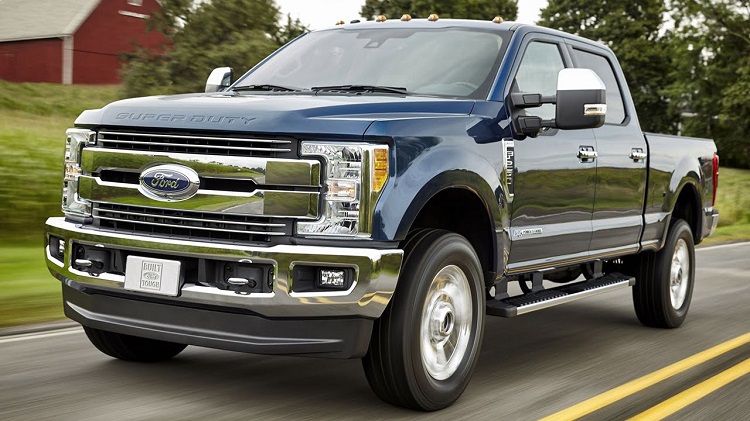 What can we expect from the redesign? Plenty of novelties, according to latest reports. What is for sure, 2017 Ford F-250 will come with new platform, which will include use of all advanced technologies that we saw on newest F-150. This means that Ford’s Super Duty truck will also feature aluminum body, which will provide a whole bunch of advantages. For example, 2017 F-250 will be significantly lighter than current model, which will definitely make a huge impact on truck’s overall performances, especially in terms of fuel economy.

Also, redesigned model will feature completely new exterior design. We will see new front end, which will be way different, compared to current model. There are vertically positioned headlights, massive grille which this time comes without chrome frame detiails, angular sheet metal etc. Interior will be also redesigned. The 2017 Ford F-250 will come with more car-like cabin, and also with plenty of advanced technologies. Expect many hi-tech features such as multiple exterior cameras, driving and safety systems, entertainment features etc. 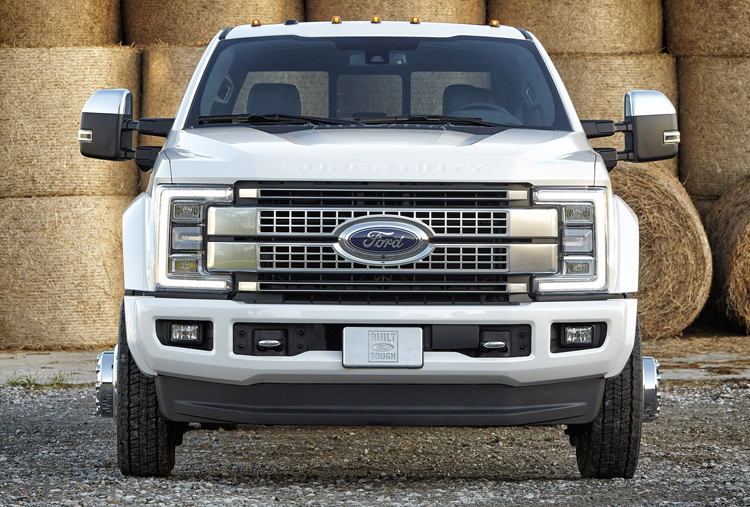 Latest reports say that 2017 Ford F-250 will be offered in three variants, when it is about engines. Two of these units will be petrol-powered, while one model will come with diesel engine. Base model will be powered with 6.2 liter V8, which has max output of 385 horsepower. Optional petrol engine will be a ten-cylinder, 6.8 liter engine, which has max power of around 360 horsepower. When it is about diesel model, it will feature a 6.7 turbodiesel engine, which will also feature a huge amount of torque, which is extremelly important for towing and similar situations. Total output of this engine is 440 horsepower and 860 pound-feet of torque. All engines in 2017 F-250 will be paired with 6-speed automatic transmission.

Exact date of arrival is still unknown, but 2017 Ford F-250 will surelly come in the second half-year. Details about price will be known soon.