The 2017 Chevrolet Express will come with several minor updates, according to latest reports. This is a full-size van, which is in production since 1996. Believe it or not, for these 20 years, we saw just one generation of it. Original model is still in production. Of course, there were several updates during all this time, but just one major refresh. Even that was way back in 2003. Since then, base characteristics remained pretty much the same. This model desperately needs a redesign, but we won’t see it in next two years for sure. Until then, each year we will see some updates. 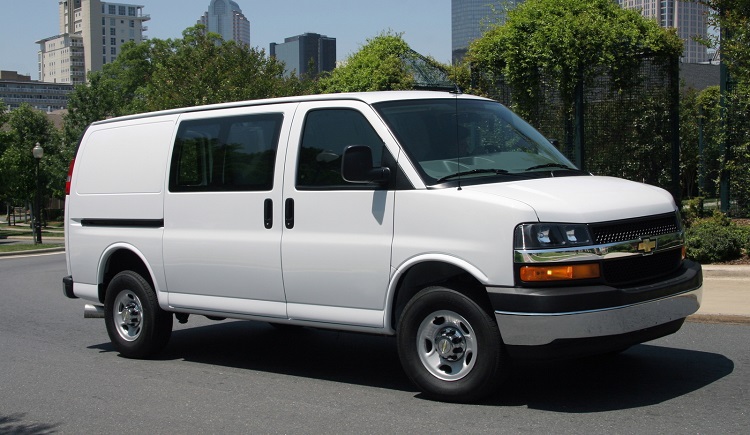 The 2017 Chevrolet Express will come with several smaller updates, according to latest reports. This model hasn’t changed much in past years, and each novelty is great news for this full-size van. As you probably know, last year this van received several desperately needed mechanical changes. It received new alternator, new battery system, new adjustable mirrors, air bags and infotainment system. This year, we won’t see so big changes.

The 2017 Chevrolet Express will feature probably only some visual updates. For now, exact changes are unknown, but we can presume that there will be several tweaks, in different areas of the vehicle. Naturally, most of the changes will be made at the front end. However, do not expect some bigger facelift or similar thing. These changes will be small, in order to make this model a little bit more competitive until next generation come in about two years. When it is about interior, it is still hard to predict which changes 2017 Express will feature. Surely, we will see some new standard features, while visual modification doesn’t look so likely.

When it is about engines, this van comes with several units in offer. Base engine for the 2017 Chevrolet Express will be a 4.8 V8 engine, which is good for 285 horses and 295 pound-feet of torque. There is also an optional 6.0 liter V8, which has max output of 342 horses and 373 lb-ft of twist. Also, 2017 Chevrolet Express will be available in diesel variant. It is a 6.6 liter V8 turbodiesel engine, which has max power of 260 hp and max torque of 525 lb-ft. All engines are paired with 6-speed automatic transmission.

The 2017 Chevrolet Express is expected to come this summer. Price will probably remain unchanged, which means that base model will go around 30.000 dollars.